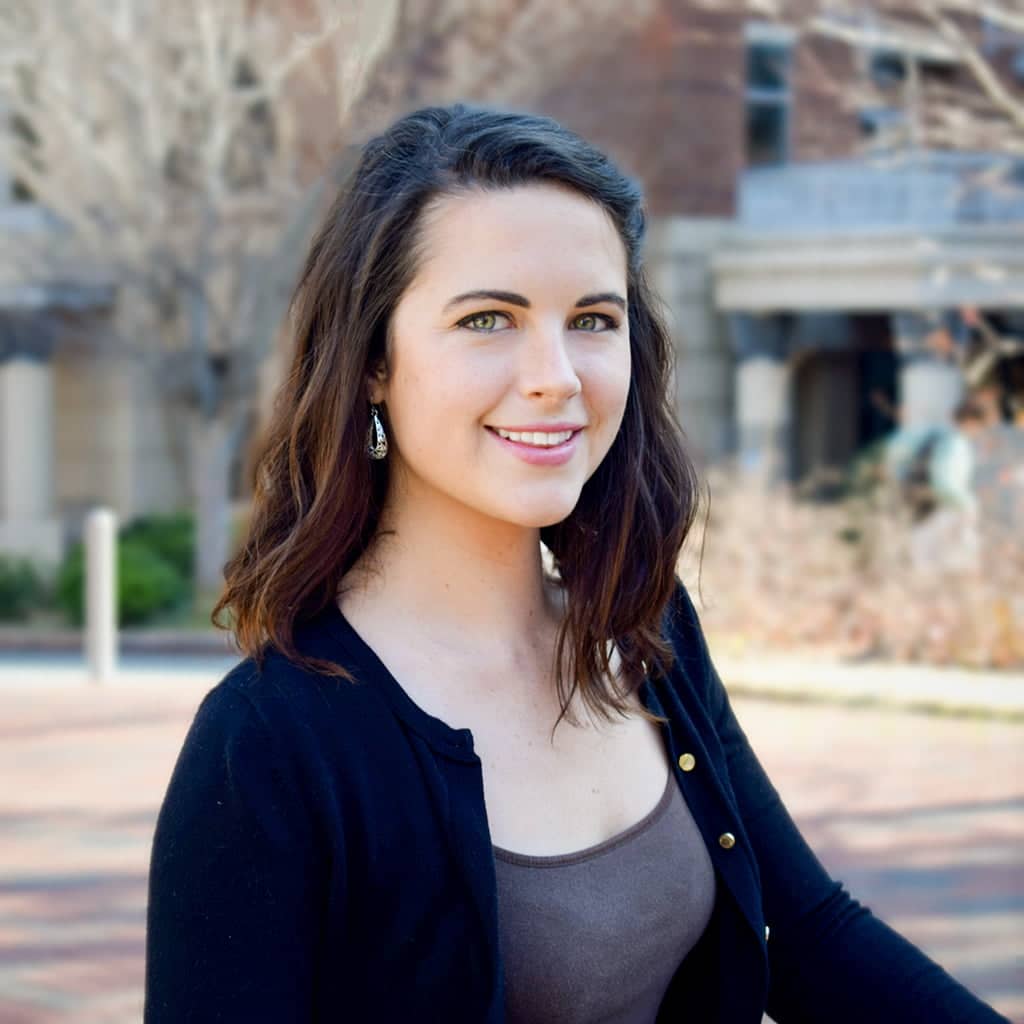 Susanna L. Harris is a PhD student at the University of North Carolina in Chapel Hill where she studies how different types of bacteria stick to the roots of plants. Susanna started PhD Balance to empower academics during and after Grad School, with a special focus on supporting academics’ mental health. Susanna can be found on Instagram and Twitter at @susannalharris while PhD Balance can be found at @PhD_Balance and at www.PhDBalance.com.

What you’ll learn about in this episode:

This episode’s pearls of wisdom:

“I just wanted to make a little space where peolpe could come together and some of us could share our stories – kind of get that catharsis of just saying something out loud.”

“I’m not one in a hundred people – I mean, if there is ten people in a room, there’s four of us that are currently struggling.”

“For people who don’t know what impostor syndrome is, it’s basically the idea that you have somehow ended up in this place where you are at a lower caliber or quality than everyone else around you, and that you’re probably about three missteps away from everyone turning and looking at you and outwardly saying “you just don’t belong here. You’re fraud and suddenly, everything that you have said comes into question and we’ve realized that you’re a liar”.”

“The first two steps of getting help for your mental health and building a healthier space for yourself are: first realizing something might not be right or something might be holding you back in terms of your mood, your productivity, your ability to sleep and build relationships. And the second piece is really deciding that it’s worth it to get that help, that you’re worth it to try to get that help.”

“An advisor is somebody that you go to for a specific situation, a specific set of questions. A mentor is somebody who is going to see your success as, in some way, fulfilling to them and understands that your success does not look like their success. They’re not acting as a guide to get you through their path, but rather somebody that can maybe be on the lookout and look around and say “Hey! That might be a good opportunity”, or “I seem to see that you’re struggling with this obstacle – can I give you some of my perspective?””

Leave a review on Podchaser !
Support the show on Patreon !

If you’re preparing to launch your podcast, you may be asking yourself what hosting platform to use.

I launched Papa PhD on Bluebrry because I wanted a professional service that would interface with my WordPress website, that would robustly broadcast Papa PhD to all platforms, and that would allow me to grow my podcast in years to come.

And these are the reasons why I’m recommending the Blubrry podcast hosting and syndication platform.

Click on the button below or use the promo code PapaPhDBlue on the Blubrry website to unlock a one month free trial:

Try one free month with Blubrry !

If you are starting a serious podcast project, do consider one of the first podcasting hosts out there, offering state of the art services, including IAB certified statistics, based on years of experience in the podcasting space.